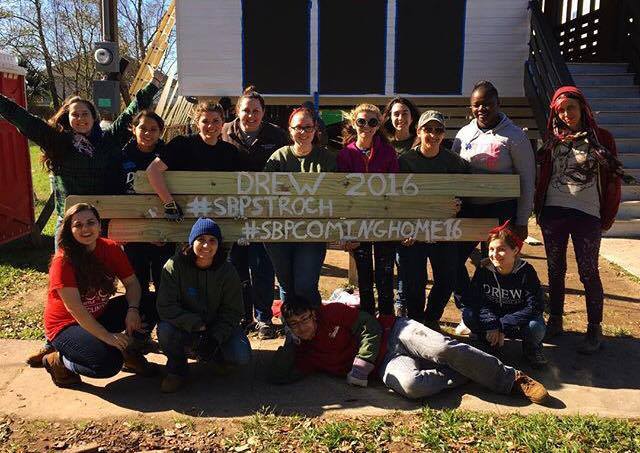 Making a difference and instilling our STARFISH values on campers and staff is a key to what we are all about at Southampton Camp & Club. When a staff member or a camper displays or continues this trend outside of camp it is worth sharing. Read on to find out more about Gianna’s STARFISH Story. 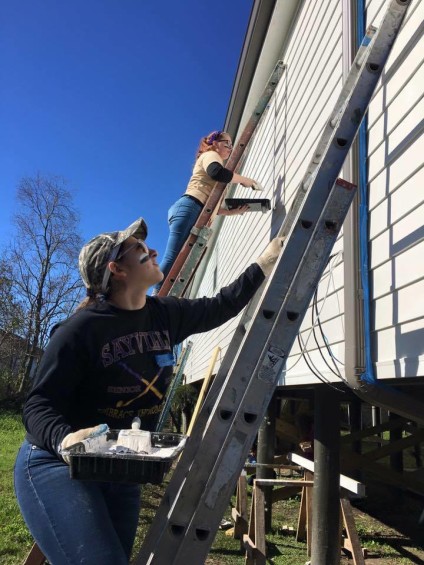 “About 40 students from my university (Drew University, NJ) chose to give a week of their winter break for volunteer work with the Saint Bernard Project (SBP). Starting at 7am everyday, we worked 6 hours a day on various homes being rebuilt by SBP. Their mission is simply to return people who lost their homes to Hurricane Katrina- or other natural disasters across the US- back to New Orleans either by fixing the damaged homes or building new ones at lower prices for those who cannot afford it. After ten years since Katrina hit, you would think there was not much left to do but you would be very surprised.

Our large group of eager volunteers was divided amost three houses to work on.
One of our groups spoke about how they were doing demolition on a home that has not been touched since the initial gutting ten years ago while the owner lived in a trailer next to the house. Can you believe that; TEN YEARS and SBP was the first to do something! I worked at a different site on exterior painting and fencing. Over the three days we spent at that house, two volunteers and I managed to paint 3/4ths of the siding and helped paint & build a fence. Our group also painted the front and back decks along with other exterior parts. The last day of our service came with poor weather so instead of taking the day off, we went to another home for demolition and mold control. This home owner, like many many others, fell victim to contractor fraud in which a contractor collected thousands of dollars up front from the home owner, did little or no work with faulty materials then skipped town before finishing 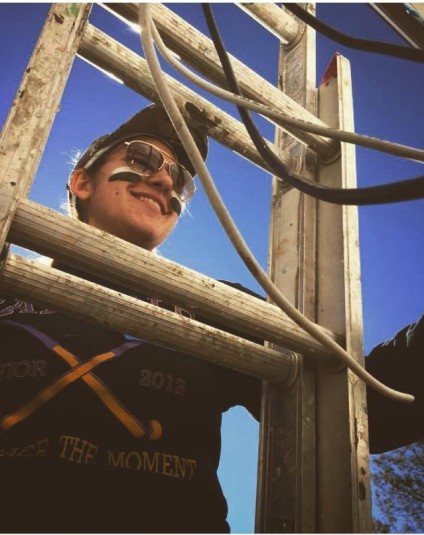 My most memorable and rewarding part of this entire experience was knowing that every little stroke of a paint brush, hammer of a nail and second we put in was going to bring someone closer to home. The STARFISH story says: “to that one, we made a difference.” That’s what we did; that’s what every volunteer down there is doing, making a difference. Make a difference in someone’s life and the reward you feel will make the time you gave worthwhile. The Saint Bernard Project and this trip truly opened my eyes to the situation down in New Orleans and helped me appreciate what I have. Ten years have passed but the city is still rebuilding with “together we FLEURish” (SBP’s motto). I hope to return to NO and the Saint Bernard Project next year either with our volunteer resource center or- hopefully- my lacrosse team for spring break!“

SBP was founded in March 2006 by Zack Rosenburg and Liz McCartney after the couple, who originally lived in Washington, D.C. volunteered in St. Bernard Parish following Hurricane Katrina, in February 2006. Inspired by residents’ collective spirit and fierce desire to rebuild their homes and communities, Zack and Liz launched SBP to help the community achieve its recovery goals. . Since 2006, SBP has rebuilt homes for over 950 families with the help of more than 100,000 volunteers in New Orleans, LA; Joplin, MO; Staten Island, NY; Rockaway, NY; Monmouth/Ocean Counties, NJ; San Marcos, TX, and most recently Columbia, SC. Should you wish to donate to the Saint Bernard Project cause and help this charity rebuild homes, you can do so here.